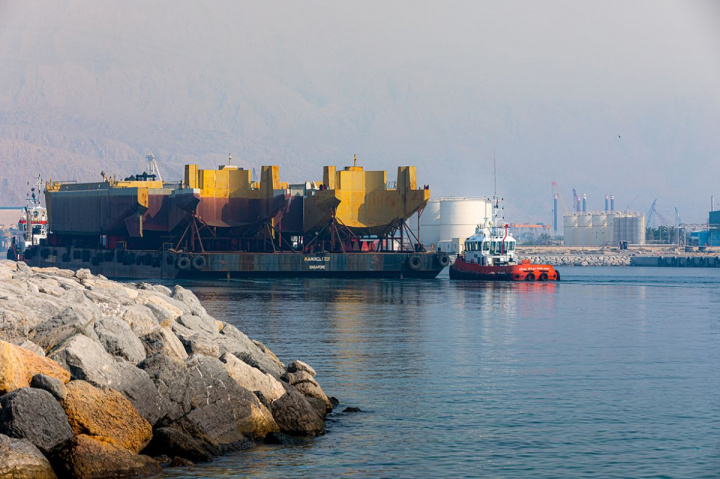 Mammoet 331, sea-going deck cargo barge has returned to the UAE to be utilised for the upcoming projects in the Gulf region

The global leader in engineered heavy lifting and transport further strengthens its marine services by bringing back its barge to the GCC market.

The barge, loaded with cargo, has arrived to Ras Al-Khaimah port after a 2 year assignment in the Far East. In 2015 the barge was utilised for the transport of legs and spindle of the observation wheel - Ain Dubai.

It will complement Mammoet’s heavy lifting and transport fleet in the Middle East and further enhance its capabilities to provide turnkey solutions for projects in the region.

Michel Bunnik, commercial director - Mammoet Middle East and Africa, said: “The Middle East market remains buoyant, specifically with the upcoming major developments such as ADNOC’s major upstream and downstream investments and the offshore developments in Saudi Arabia. Offshore transport will be crucial for these projects, which will require high capacity modes of transport.”

“By enhancing our overall marine capabilities as well as teaming up with a reputable offshore and maritime partner, Astro Offshore, we are well equipped to support any project development, and are able to facilitate any scope that involves offshore and inland transport.” he added.