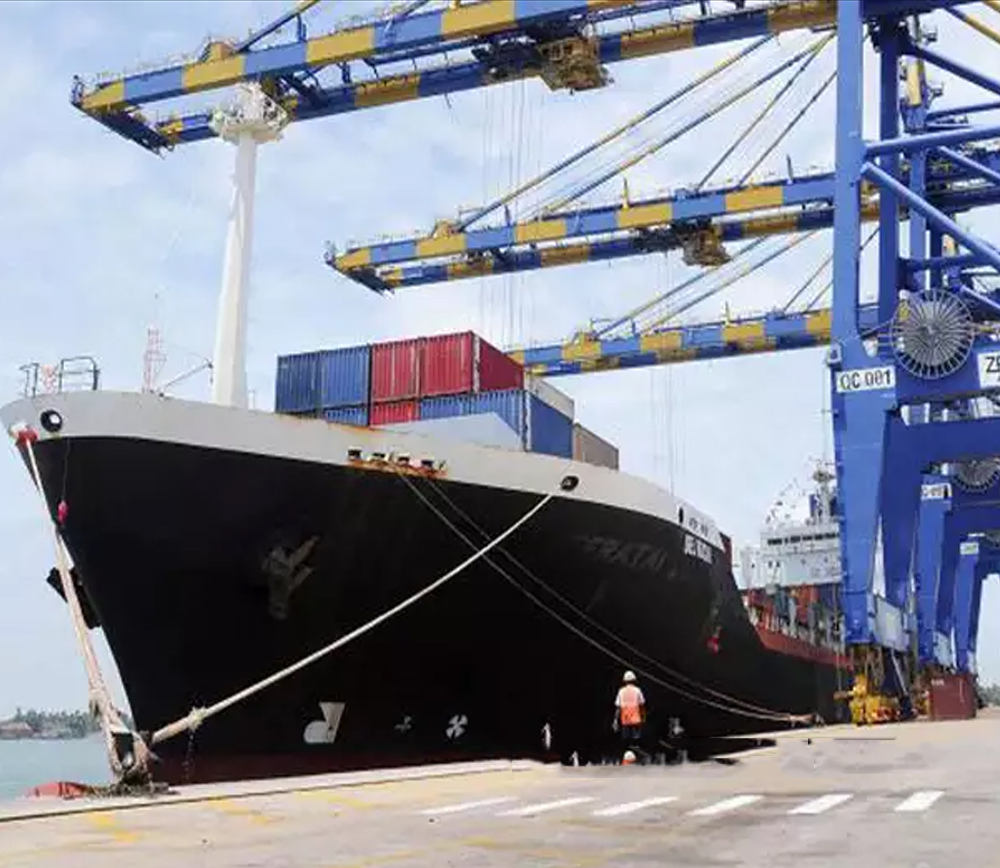 Exports were driven largely by the east and west of India with commodities including plastic, rubber, textile, vehicles and vegetables as the key drivers, integrated logistics company Maersk said.

New Delhi: Indian exports grew 6 per cent in the first quarter of this year driven by higher shipments to the Middle East and China, while imports logged a marginal decline during the period, logistics company AP Moller Maersk said Thursday. Exports were driven largely by the east and west of India with commodities including plastic, rubber, textile, vehicles and vegetables as the key drivers, integrated logistics company Maersk said.

"India's containerised exports to the world witnessed a stable growth of 6 per cent in the first quarter of 2019 propelled by robust performances in refrigerated cargo, engineering and pharmaceuticals sectors, while imports declined slightly in the same quarter registering a market growth of -2.2 per cent in Q1," the company said in a statement.

The Middle East and China have driven India's export growth, it said.

The import demand was buoyed by pharmaceuticals, metal, appliances and kitchenware, paper, chemicals and fruit and nuts, mainly from northern Europe, South Asia, China and Russia, it said.

Commenting on the overall growth in containerised trade, Steve Felder, managing director, Maersk South Asia, said, "Enabling and facilitating trade is an integral part of our business, and it contributes to prosperity and development, globally and locally. Considering the tensions in the global trade environment, we are off to a positive start to 2019 on exports, and the market is expected to strengthen after the elections."

Indian exporters today, are expanding their geographical range and product diversification, with a visible shift towards higher value-added manufacturing and technology-driven items, he said adding, exports have remained strong even as the rupee appreciated against the dollar, which shows a strong demand for Indian exports.

The statement said the export trade with Saudi Arabia, China and Egypt was driven by commodities like plastic and rubber, tile, stone, glass, textiles and seeds, beans, cereals and flour leading the growth curve in dry cargo segment.

While vegetables drove refrigerated cargo exports to Saudi Arabia, the statement said the imports were primarily driven by Germany, South Korea, and Russia.

In contrast to the previous quarter, metal and paper imports saw a decline.

Refrigerated cargo saw a stable 6 per cent growth in exports in Q1 2019, with commodities like vegetables, fruit and nuts, fish, meat, pharmaceuticals and chemicals driving the reefer import-export trade.

Saudi Arabia, USA, Germany, Belgium and Spain were among the highest export countries for India's refrigerated cargo with chemicals, pharmaceuticals, meat and vegetables driving this demand; while Russia (chemicals) and Italy (fruit and nuts) remained the strongest partners from the refer imports standpoint.

As the Indian logistics sector gears itself for a deeper implementation of new emerging technologies like blockchain and artificial intelligence, the industry needs to focus on skill development to enhance the export growth, the statement said.