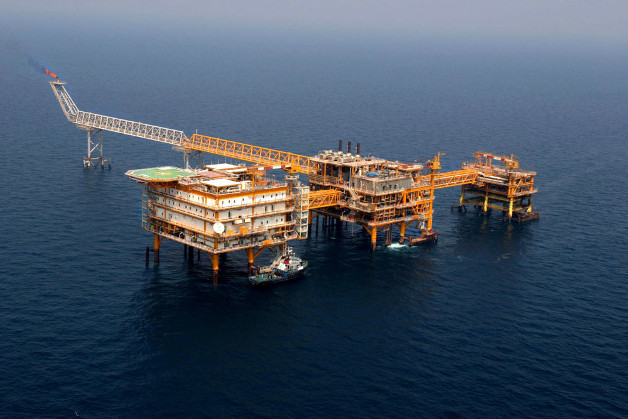 The nations of OPEC may have agreed to curb production in recent months in light of the booming U.S. and Russian oil and gas industries, but nevertheless 2019 will see a number of high-profile projects start-up across the region.

Saudi Arabia continues its diversification into the downstream sector with a number of large-scale refinery projects starting-up this year. Iran, Iraq and the UAE meanwhile continue to develop their upstream sectors with either new fields or the redevelopment of existing fields to boost overall production numbers.

But which of these projects are the ones to watch in 2019?

The team at EngineeringPro have picked out the 10 projects which we expect to see create major employment opportunities this year as well as making positive contributions to the economies of their respective countries. We’ve made our selection based on a combination of capital expenditure, anticipated production output and the fact that they are starting-up in 2019.

One of the largest oil fields in the world, the Zubair field, located in southern Iraq, west of Basrah will be the subject of considerable development throughout 2019 as Italian energy giant Eni seeks to boost production. According to the plans, Eni wants to boost production from 195,000 b/d to a plateau of 700,000 b/d in seven years.

The project is being carried out in two phases: Rehabilitation Phase (RP) and Enhanced Re-Development Phase (EP). The first RP phase is expected to take two years whilst the EP phase is excepted to take 6 years.

Elements of this project of particular note are: the design, supply and commissioning of an 18-inch carbon steel gas pipeline to carry up to 100 million cubic feet a day of gas from a depot at the Zubair field to the Fao depot; construction of five degassing stations; revamp of existing degassing stations; overhaul of existing wells and construction of a new water injection project.

All of which will further cement Iraq’s position as an oil producing nation of global importance.

As of January 2019, Halliburton has signed two contracts with operators Eni to provide integrated drilling services at the Zubair oil field. Approximately four to six rigs will be mobilised to drill development wells over the next two years.

A major offshore project which will play an integral role in the development of the region’s LNG industry, the Pars Oil & Gas Company’s development of the SP13 and SP14 Blocks will secure a supply of natural gas to the Persian LNG project.

The development of the two blocks is taking place as two separate developments and involves the deployment of a wide array of assets.

Facilities utilised in the development of SP13 includes gas treating units with the capacity of 56 MMcm/d.

At the time of writing production has begun from at least Phase 13 with gas being transferred to the onshore refinery.

First discovered in 2006 by the National Iranian Oil Company (NIOC) the Kish Gas Field is said to be the world’s biggest offshore gas field, and its development has become a priority for Iran.

According to sources close to the project, the management of the Kish gas field development project has recently been transferred by the National Iranian Oil Company (NIOC) to Pars Oil & Gas Co. (POGC).

Development of the Kish Gas Field is being carried out in three phases:

As part of the development of the field, gathering systems, export pipelines and gas processing facilities are also being built.

The Kingdom’s continuing efforts to diversify into the downstream oil and gas industry are evident in the significant investments it is making in projects such as Phase II of the Petro Rabigh Integrated Refinery & Petrochemical Complex.

Phase II of the refinery’s development will see the expansion of the existing ethane cracker and aromatics complex, and the construction of at least 15 downstream chemical production plants.

The expansion will introduce a wide range of petrochemical derivatives, many of which are new to the Kingdom and the region- and therefore making a big impact to Saudi’s diversification efforts as it seeks to meet rising demand for Petrochemical products from China and the Far East.

The production of these new Petrochemical derivatives will be achieved thanks to the construction of additional furnace capacity for the existing ethane cracker at the complex, as well as increasing capacity for the naphtha reforming unit and aromatics plants. In addition, a new metathesis unit is being built which will be fed with a butane/propane stream and ethylene to produce propylene.

In all, Phase II will see the construction 17 new chemical derivative production facilities.

Another major downstream project for the Kingdom, the Jizan project will see the construction of a refinery with an associated marine terminal in Saudi Arabia’s southwest.

Expected to have a capacity of 400,000 barrels of oil a day, the refinery will feature multiple vacuum distillation units and crude distillation units, off sites and utilities, flare towers, storage tanks, and various pipelines.

In total, construction of Jizan is expected to take 4 years.

Divided into two separate phases, the first part of Jizan to be developed will be a simple hydroskimming refinery which will be built rapidly to provide necessary basic fuel products. The second phase of construction will see a hydrocracker built which will produce gasoline products.

It’s anticipated that the refinery will be initially configured to handle heavy and sweet crudes with the potential to integrate petrochemical and power elements. The product slate from the refinery will include two grades of petrol, fuel oil, liquid petroleum gas (LPG) and bitumen, with the key destination of these products being the U.S. and Europe.

First production from Jizan is expected in the second half of 2019.

The project is targeting a number of onshore fields including the Bida Al-Qemzan, Ruwais, Qushawira, Bab, Northeast Bab Fields and Al-Dabbiya.

The project is a central element in the emirate’s plan to raise sustainable production capacity from 2.7 to 3.5 MMbbl/d.

The programme of development for the project involves the drilling of development and production wells, the construction of gas-oil separation (GOSP) plants and a series of interfiled pipeline networks.

With a processing capacity of 2.5 Bcf/d of sour gas, the Al Fadhili Gas Plant from Saudi Aramco will be a greenfield development situated at the Al Fadhili oil field around 30 km west of the city Jubail in Saudi’s eastern province.

Construction of the plant is to be carried out in three EPC packages:

The Fadhili project will also include a pipeline package.

Upwards of 4,500 employment opportunities are expected to be generated during the construction and operating phases of the gas plant, and a training centre is to be set up in collaboration with the project contractors to help develop local technical skills.

With Iraq’s nameplate refining capacity struggling to meet domestic demand in recent years, projects such as the Maysan Refinery (alternatively known as Missan or Maissan) are much required.

Consisting of a 47,500 b/d Fluid Catalytic Cracking unit, and a 45,000 b/d Solvent Deasphalting unit, the construction of the Maysan Refinery is being led by Swiss industrial firm Satarem, with funding provided by the China Development Bank and the Export-Import Bank of China.

Once completed, the refinery will be operated by Iraqi-state owned Missan Oil Co. on behalf of owners Wahan 85% and Satarem 15%.

Whilst construction of the refinery began in February 2016, the project appears to have been subject to several delays since then and a timetable for the project’s completion does not seem to have been publicly disclosed.

Representing the first use of enhanced oil recovery techniques for a commercial project in Kuwait, the Lower Fars Heavy Oil Field Development is an exciting project and certainly one to watch in 2019.

The project, located at Al Jaharah in North Kuwait, aims to initially produce 60,000 b/d of heavy oil, rising to 270,000 b/d by 2030. The advanced recovery techniques that are to be used include cyclic steam stimulation (CSS), and steam flood technology to achieve both higher recovery rates and a longer production plateau. The development of the field will also include the construction of plant buildings, pipelines and flowlines.

The project is currently being managed by Kuwait Oil Company (KOC) and although ExxonMobil, Shell and Total had expressed interest in participating, this was later abandoned.

Discovered in December 2010, the Leviathan gas field located in the Mediterranean Sea off the coast of Israel holds significant reserves of natural gas. These reserves are estimated to be between a range of 16.5 Tcf to 26.5 Tcf of recoverable gross mean resources. They are of such a scale that the Leviathan field alone holds enough gas to meet Israel’s domestic needs for at least 40 years.

Operated by Noble Energy, the development of Leviathan will occur in two phases. The first stage will involve drilling four production wells at an average depth of around 5,000 metres below sea level. These wells should produce about 12 billion cubic metres of gas annually. Phase 1 will include the construction of two underwater pipes some 117 kilometres in length connecting to a processing and production platform situated 10 kilometres offshore Israel. Phase 2 of development will see four further wells drilled and an increase in the treatment capacity of the offshore platform by around an additional 9Bcm per annum.

In total the envisaged production capacity of the project will be 21 Bcm per annum.

At the time of writing the Leviathan gas field project remains on track to start up and achieve first gas sales in Q4 2019.

With all of these new Oil & Gas projects starting up, 2019 is sure to be an exciting year for engineering and technical professionals across the Middle East.

Are there any Middle East Oil & Gas projects that you think we should add to this list? Let us know in the comments below!

As the global leader in the provision of workforce solutions to the oil and gas industry Fircroft is well placed to help you secure your next premium job role.

Since 1970 we’ve served the biggest operators in oil and gas and enjoy a reputation for excellent contractor customer care. Open up a world of opportunity and register your CV with Fircroft today and be the first in line to secure employment on one of the major Middle East oil and gas projects of 2019.

Fircroft’s roots may be in Oil & Gas, but our innovative approach to recruitment and workforce solutions has been much sought after by the leading names of other technical and engineering industries. Today, Fircroft has executive and senior level positions available in industries as diverse as Automotive, ICT, Mining & Minerals, Infrastructure & Construction, Petrochemicals and Power, Nuclear & Renewables.